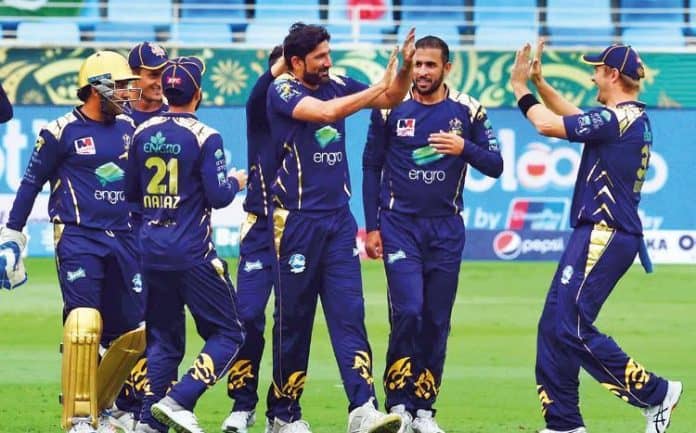 PESHAWAR: After two-day break, the second phase of the fourth edition of the Pakistan Super League (PSL-4) will begin today (Wednesday) with Quetta Gladiators taking on Multan Sultans.

The match will begin at 9:00pm (PST). Gladiators are currently on top of the points table with four points, while the remaining reams have two points each, but they are occupying different positions due to run-rate difference. Quetta are still unbeaten in the tournament, while Multan Sultans will also be brewing with confidence after defeating defending champions Islamabad United in the previous match.

Cricket experts believe that toss will again play crucial role in the outcome of the game.

Meanwhile, the problems of Lahore Qalandars are not ending as they have suffered a fresh blow with the injury of captain Mohammad Hafeez who has been ruled out of the reminder of the mega event. It will be interesting to see who will be the new captain of the side. Qalandars management has already made an interesting decision by inducting Salman Butt in the team in place of Hafeez.

The Qalandars management said Butt has been included in the squad due to his ample experience and rich form. This decision is expected to draw criticism from different quarters, since Butt was the main architect of the spot-fixing saga in England in 2010. However, his supporters say he has completed his ban period and now there is nothing wrong in resuming cricket for him.

Meanwhile, the Pakistan Cricket Board (PCB) on Tuesday brought on board the consortium of Blitz and Trans Group as the new broadcast partners after the previous broadcaster backed out of their deal due to ongoing Pak-India tensions. The new broadcasters will take over from today’s match. On Monday, India-based IMG Reliance had pulled out from broadcasting PSL.