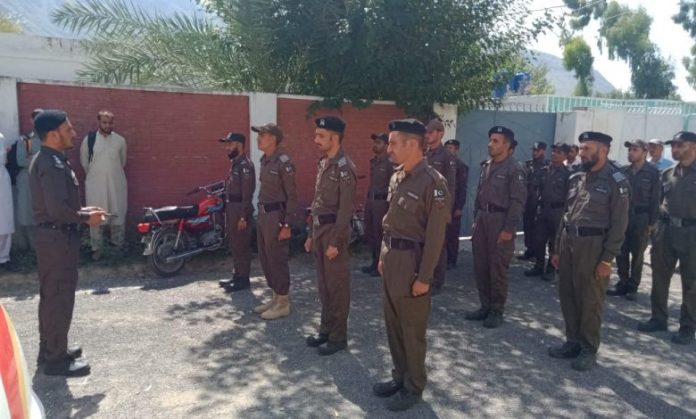 KHAR: A second station has been established under the Rescue 1122 Bajaur in Nawagai which has initiated its services.

On the directions of District Incharge Rescue 1122 Bajaur Amjid Khan, Station House Incharge Haider Hayat on Thursday conducted a detailed review and monitoring of emergency vehicles, medicines and other equipment for the newly established rescue centre. He directed the officials of Rescue 1122 to remain vigilant and prepared round the clock for any emergency situation. He said rescue teams must arrive at the emergency sites immediately to help the people in need.

Amjid Khan said the establishment of new station will further boost recue services in Bajaur tribal district. He said about 30 villages will benefit from the Nawagai rescue station.

The district incharge said two ambulances, fire vehicle and 45 personnel have been provided to Nawagai rescue centre. He said the rescue personnel include shift incharge, emergency medical technicians, lead fire rescuer, fire fighters, dirt rescuers, security guards and divers. He requested the masses to immediately contact 1122 to get emergency rescue services. He said the rescue personnel are ready round the clock to provide services to people of the area.

A day earlier, a rescue station also started functioning in Parachinar, Kurram tribal district. People of the area welcomed the initiation of rescue services in Parachinar.

After merger of erstwhile Fata with Khyber Pakhtunkhwa, the scope of Rescue 1122 was also extended to merged districts. The process of recruitments in the service has been initiated to provide efficient rescue services to the people of merged districts.

A meeting chaired by Chief Minister Mehmood Khan recently was informed that rescue stations were being established in 15 tehsils of tribal districts with an estimated cost of Rs2,450 million. Rescue services in Jamrud, Bara (Khyber district), Ghallanai (Mohmand) and Khar (Bajaur) have been started, whereas construction work on the establishment of rescue stations in tehsil Kalai, Yakkaghund (Mohmand), Miranshah, Razmak (North Waziristan), Wana, Ladha (South Waziristan) and Sadda (Kurram) has also been initiated, and similarly, process of land acquisition for establishment of rescue stations in Landikotal (Khyber) and Ghalju (Orakzai) is also in progress.