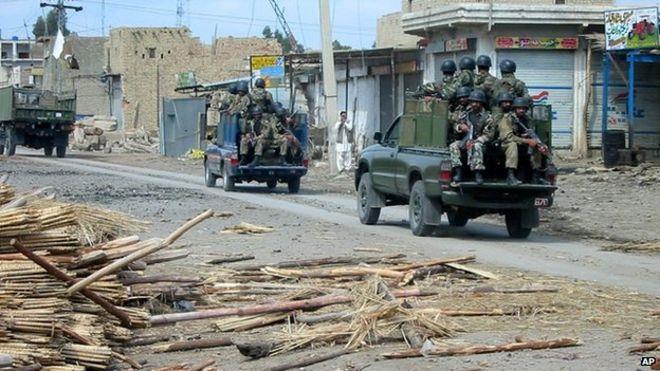 PESHAWAR: North Waziristan district administration has imposed section 144 in wake of the existing law and order situation in the tribal district. The deputy commissioner has issued notification on Monday saying that there are threats of sabotage activities in the district.

Therefore, Section 144 of the Code of Criminal Procedure (CrPC) has been imposed for the maintenance of public order for one month. Under the order, there will be a complete ban on sit-ins, protests, public gathering of five or more people for a period of thirty days in the best interests of the public.

The person who violates the order would be punished under Section 188 of Pakistan Penal Code. The administration has notified that the order shall not be applicable on congregations for five times prayers at mosques or gatherings for funerals.

Section 144 has been imposed after militants carried out a number of attacks on security forces in which personnel, including officers, have embraced martyrdom. The Pakistan security forces have accused militants for the attacks and vowed to clear the area from anti-state elements and restore a durable peace.

Almost all the IEDs attacks were carried out in Khar Kamar area of Tehsil Datta Khel of the tribal districts where situation is tense after the clash of PTM members with security forces on a check post on May 26. A total of 13 protestors had lost lives in the exchange of fire for whom the provincial government has already announced a compensation of Rs 2.5 million for each family.