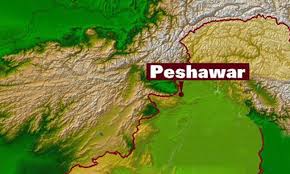 PESHAWAR, 24 May: District administration of Peshawar has imposed Section 144 of the Pakistan Penal Code in Peshawar, owing to the administrative and security reasons.

A notification issued by the Peshawar Deputy Commissioner here today stated that there would a ban on public meetings, use of loud-speakers, brandishing of weapons, and pillion riding.

Meanwhile, those who are contesting local government elections have voiced their concern over the imposition of Section 144, saying that ban on public meetings would have extremely negative effects on their election campaign.

“Holding public meetings is our democratic right. [Instead of banning public meetings] the district administration should have focused on its duty to provide security to people. It would badly affect political parties,” a contestant said.

It merits a mention here that Peshawar has been declared the most sensitive district for the upcoming local government election. The district police have cancelled the leaves of policemen till 30th May.