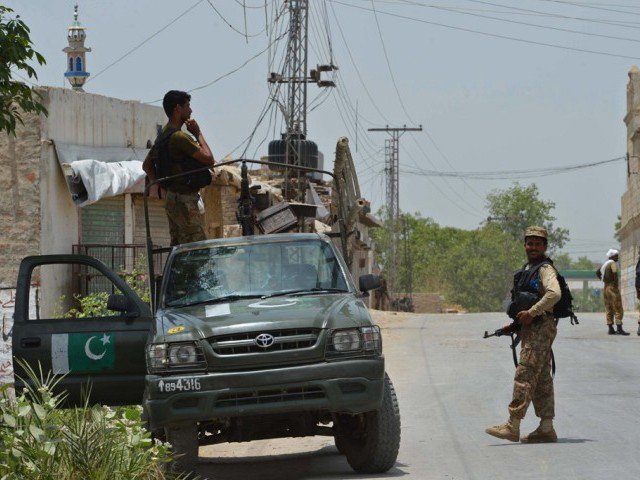 MIRANSHAH: The administration of North Waziristan has finally lifted section-144, which was imposed a month back. The administration said that section 144 was lifted to facilitate the candidates to conduct the election campaign without any restriction.

Section-144 was imposed on June 8 for one month due to the precarious security situation in the district after the Khar Kamar tragedy. A group of the election candidates appreciated the decision to lift the section-144.

Yesterday, North Waziristan election candidates of PK-111 and PK 112 have demanded the government to immediately withdraw section 144 and allow them to carry out election campaign without any restrictions.

They were addressing a press conference in Miranshah press club and presented 14 points demand list to the district administration and election commission of Pakistan. The election candidates said that it is their constitutional and democratic right to conduct a peaceful poll campaign which is not possible in presence of section 144, therefore the administration has to withdraw it.

They have also demanded the government to deploy policemen for elections security instead of Pakistan army soldiers. The ECP was also asked to install surveillance cameras in every polling station and the Results transmission system (RTS) for the July 20 pole in tribal districts. The Election Commission of Pakistan has already decided to deploy Army men inside and outside the polling stations. Which elections candidates and all the leading political parties rejected and asked the ECP to conduct the election under the Khyber Pakhtunkhwa Police.

They asked the ECP to direct the district administration of North Waziristan to withdraw the curfew in areas where it is imposed. However, if curfew imposition is must, people should be informed in advance through media. All election candidates have prepared a list of their demand carrying the signs of all the candidates. It has been present before the district administration and the Election Commission of Pakistan.

The election in tribal districts has been scheduled on July 20 on 16 Khyber Pakhtunkhwa assembly seats, however, in North Waziristan, the polls are overshadowed by the tense security situation and the imposition of section 144.