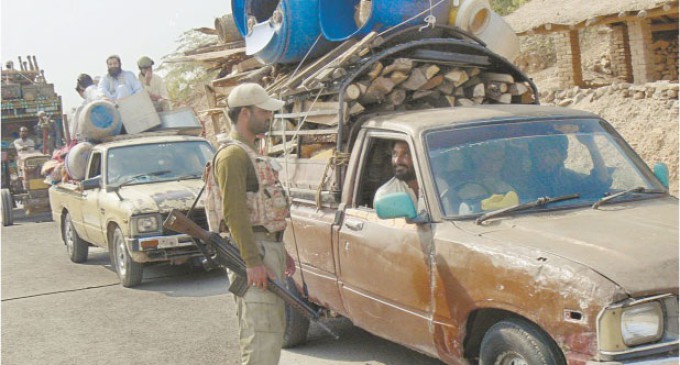 PARACHINAR, 6 October: The Pakistan Army has asked the people of Kurram Agency to facilitate the people who were displaced due to sectarian clashes and avoid putting impediments in their rehabilitation.

Commander 73 Brigade Brigadier Aleem Akhtar said while addressing a Jirga of tribal elders in Parachinar on Thursday that the security forces will also focus on resolving the people’s problems besides looking after the security matters. He asked the tribesmen to resolve all the property and other disputes through mutual agreements within one week. He said the military will have to decide about these disputes if the tribesmen failed to resolve these matters.

Brigadier Aleem expressed concern over difficulties faced by displaced people in returning to their native areas after sectarian clashes. He asked the elders to facilitate the displaced people from Sunni community of Parachinar and Shia community in Sadda who want to return to their areas.