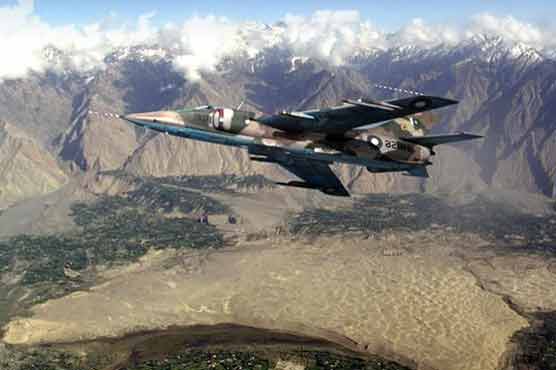 MIRANSHAH, 22 May: The security forces have claimed killing 15 militants in bombing by jetfighters in North Waziristan Agency,

According to official sources, the airstrikes were carried out in Dattakhel and Shawal areas of North Waziristan yesterday. Five hideouts of the militants were also destroyed in the bombing.

The airstrikes were part of the ongoing Operation Zarb-e-Azb against militants in North Waziristan which was launched in June last year after a militant attack on the Karachi airport.