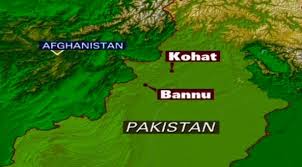 Security sources said the troops were conducting search operation in Janikhel area on Sunday when the militants opened fire on them. Three militants were killed in retaliatory firing by the troops, while the security forces suffered no casualty.

The clash occurred after a pro-government tribal elder was killed and his son injured in an improvised explosive device blast on Janikhel road.