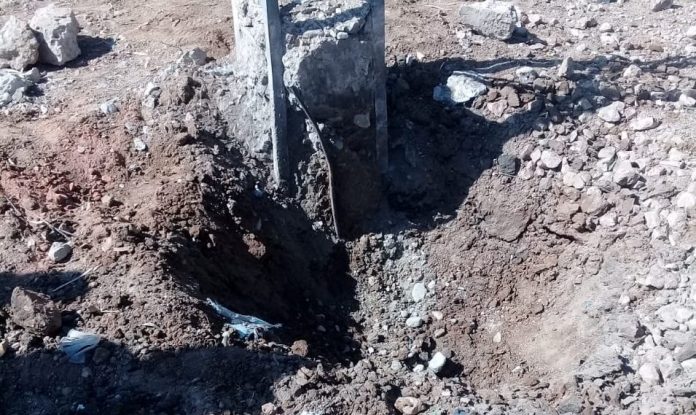 HANGU: A convoy of the security forces was targeted with a planted bomb in Hangu on Sunday in which some vehicles were damaged.

Deputy Superintendent of Police (DSP) Umar Hayat Khan said a convoy of Thall Scouts was travelling from Hangu Bypass Road in the morning when it was targeted with a bomb planted with a power pylon. He said the windscreens and side screens of some vehicles were damaged in the blast. However, fortunately, no life loss was reported in the incident.

The DSP said the bomb disposal squad and security personnel reached the spot immediately after the blast and cordoned off the entire area. A search operation was also launched in the area. However, there were no reports about any arrests.

A little girl died in the Headquarters Hospital Khar in Bajaur tribal district on Sunday due to alleged negligence of doctor on duty.

The family members of the little girl said the doctor on duty did not come again for check-up of the girl due to which she died. Abdullah, a resident of Yousafabad, said his daughter was admitted to the children ward of the hospital due to her critical condition. He said a doctor came in the evening for check-up and did not return. He said the doctor did not return for another check-up throughout the night and when he came in the morning the girl was already dead.

The deceased girl’s father alleged that the tragedy happened due to the doctor’s negligence and demanded action against him.

Meanwhile, a woman was electrocuted in Mallagori area of Khyber tribal district.

Local sources said the wife of Haji Ambar Khan was busy in domestic work when her hand touched a high tension wire. She was immediately taken to hospital, but she could not survive. She was laid to rest in Marble Chowk, Mallagori on Sunday.