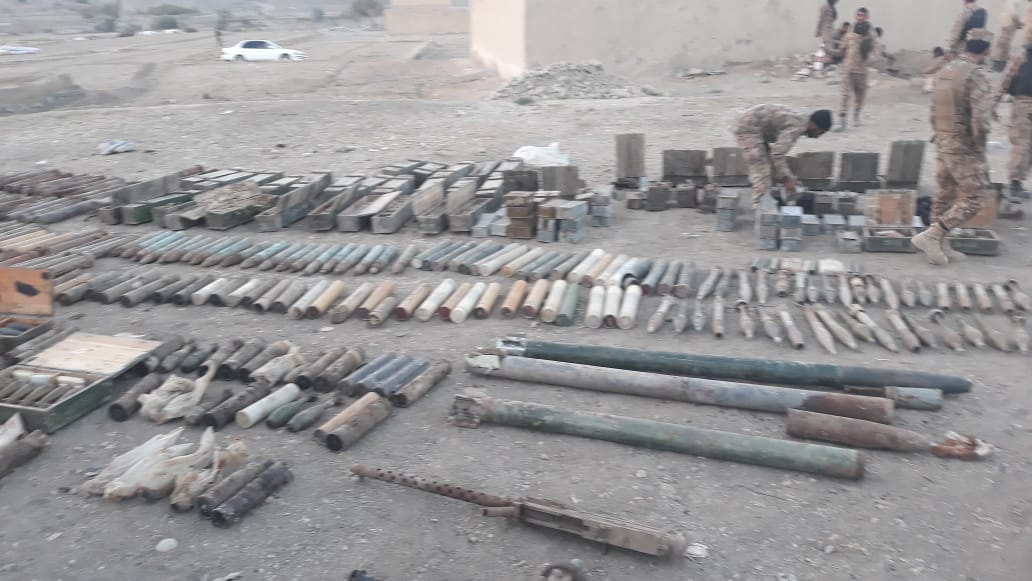 MIRAN SHAH: Security forces on Wednesday claimed to have foiled a sabotage bid and seized a huge cache of heavy weapon in Qamar Killay in North Waziristan.

Acting on a tip off, a heavy contingent of security forces conducted a raid on hide out and recovered heavy weapon.

The authorities said that the forces recovered three RPGs, rockets, 14 improvised explosive devices, two guns, 25 hand grenades and thousands of bullets. It could not be confirmed if anyone was arrested or not.