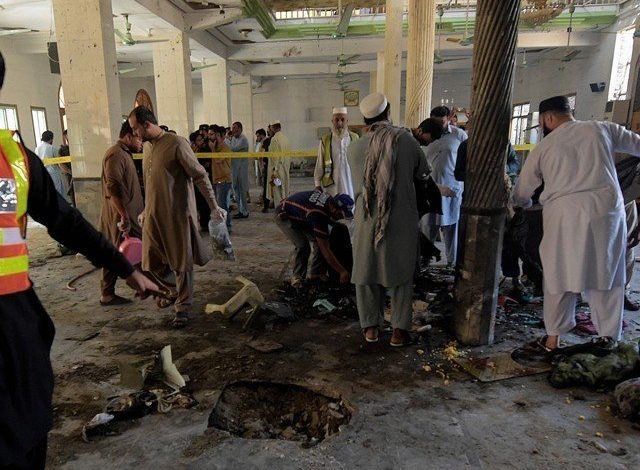 PESHAWAR: The security of educational institutions in Peshawar has been put on high alert after a terror incident in a madrassa (religious) seminary in which eight people lost their lives and over a hundred others were injured.

Security measures in the University of Peshawar, Islamia College University and Agriculture University have been further enhanced. After the Dir Colony madrassa blast, the security of internal departments of different universities has also been enhanced.

Every person entering the university premises is being checked and additional personnel have been deployed at security check posts.

Meanwhile, initial investigation report into the madrassa blast in Dir Colony, Peshawar revealed that construction work was underway in washrooms of the seminary at the time of the blast. The labourer working in the washrooms and a student of the madrassa are also under investigation.

The probe team has acquired data of all the students enrolled in the madrassa. The statements of eyewitnesses about the suspected person are also being recorded. The personnel of police, Counter Terrorism Department and other agencies are included in the probe team.

Academic activities have been suspended at Madrassa Jamia Zubairia after the blast on Tuesday. The administration of the seminary has sent all the students home and asked them that they will be informed about the status of academic activities latter.

The blast happened in the madrassa when Dars-e-Hadith was continuing and it was also reportedly seen live by followers on social media. A man entered the madrassa with a bag, kept it in the crowded hall and then went outside on pretext of bringing his shoes, and then the blast happened. About 600 students are enrolled in the madrassa and some students from Afghanistan are also studying in the seminary. Law enforcing agencies said seven kilograms explosives and ball bearings were used in the blast.