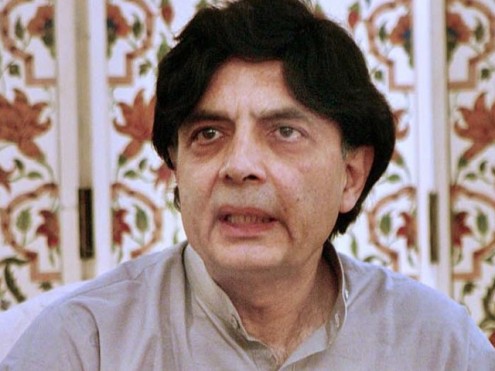 PESHAWAR, August 19: The federal government has handed the security of the red zone in Islamabad to the Pakistan Army to stop the Pakistan Tehrik-e-Insaf’s Azadi March.

The Interior Minister, Mr Chaudhary Nisar Ali Khan, told media that the government had once again invited Imran Khan to resolve all issues through talks. He said the government could not risk security the red zone, which houses key installations such as the Parliament House, Diplomatic Enclave, the prime minister house, etc.

The interior minister said that besides the Police and Rangers, the armed forces were also performing their security duties.