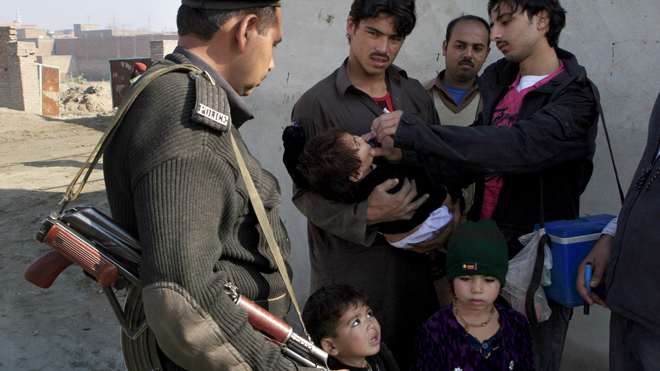 KHAR: A security personnel was gunned down on Monday when a polio team came under attack in Mamoond tehsil of Bajaur tribal district, officials at district administration said.

The officials said that unknown armed persons opened fire on a polio team which was vaccinating children in Badaan area of Mamoond tehsil.

As a result, naib subedar Sarfaraz Khan embraced martyrdom on the spot. The criminals after committing the crime fled the scene.

Security forces arrived and launched a search operation however no arrest could be made. A three-day anti-polio drive is underway in the district. Assistant Commissioner Arif Khan said that the drive would go on at all cost.