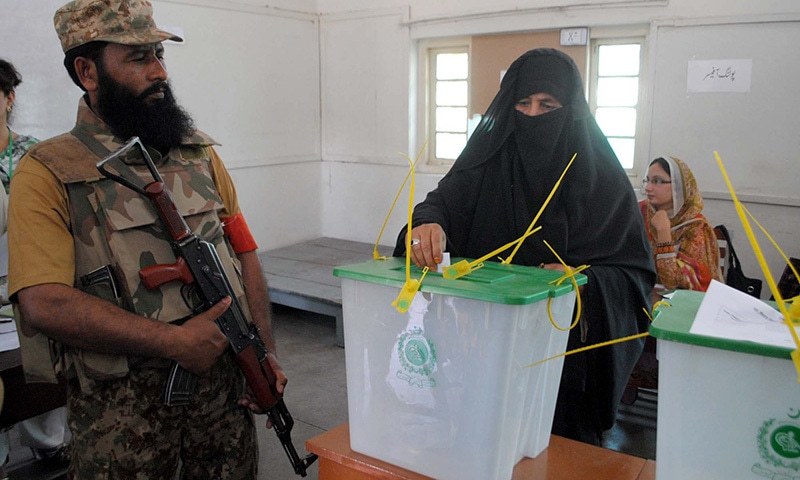 PESHAWAR, 2 July: A comprehensive security plan has been chalked out for re-polling in the local bodies elections in Khyber Pakhtunkhwa.

A high-level meeting headed by Inspector General Police Khyber Pakhtunkhwa Nasir Durrani on Wednesday decided that CCTV cameras will be installed in the polling booths and no one except the presiding officer will be allowed to keep mobile phone. There will be complete ban on entry of males to the polling stations of women.

Re-polling on some polling stations in KP will be held on 5 July. The 30 May local bodies elections in KP were marred by rigging allegations and mismanagement.