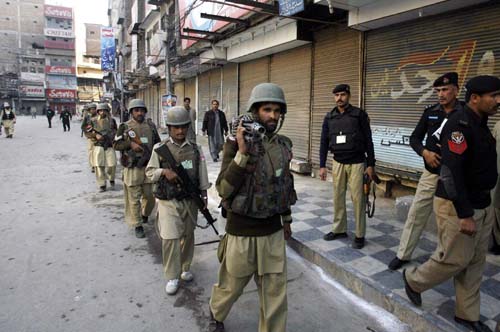 DI KHAN, 4 November: The district police on Saturday finalized security arrangements for chehlum of Hazrat Imam Hussain where around 2000 police personnel would be deployed in the city.

District Police Officer Abdul Saboor said that additional contingents would also be called from Bannu to provide security to processions that would pass through its traditional routes.

He said that there were a total of 33 majalis and 42 processions would be taken out for which around 2000 police personnel would be deployed at different points.

He said that pillion riding would be banned in some areas for 10 days. He added that strict security checking would be done at all entry and exit points of the city to ensure protection from any untoward incident.