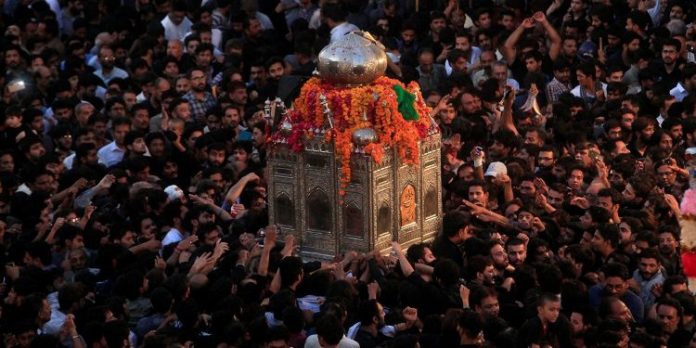 A spokesman for Peshawar Police said the security plan has been finalised for peaceful observance of Youm-e-Ali after a survey of Imambargahs and sites for the Majalis and processions.

Similar security plans have also been made in other main cities of the country. Pillion riding has also been banned in some cities for two days.

Youm-e-Ali will be observed in Peshawar and rest of the country tomorrow (May 27) with reverence and respect.

Youm-e-Ali is the death anniversary of Hazrat Ali (RA), who is regarded as one of the bravest humans in the Islamic history. Hazrat Ali (RA) was the first child to recognise Prophet Muhammad (Peace Be Upon Him) as Messenger of God. He went on to become the fourth Caliph.

Peshawar police have initiated crackdown against the sale and purchase of toy guns.

Three dealers of toy guns, Shamsur Rehman, Salman and Noman, were arrested during the raid.

Cases have been filed against the arrested dealers and they have been shifted to lock up.

The district administration has banned the sale and purchase of toy guns, but this ban is being flouted openly. The crackdown of police is considered an encouraging sign for implementation of the ban.