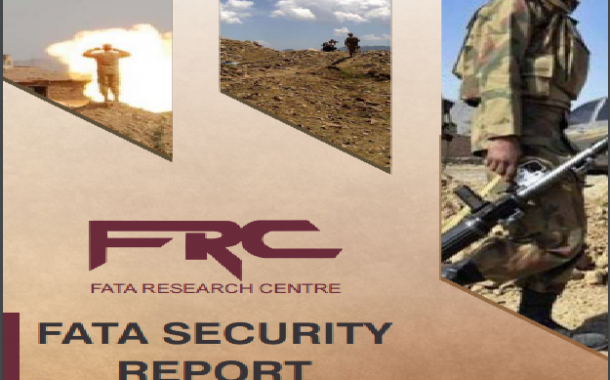 PESHAWAR: Security situation has slightly improved in the newly merged tribal districts during the year 2018.

According to the Annual Security Report issued by the Fata Research Centre, an Islamabad-based non-governmental organisation (NGO), issued on Tuesday, the security situation improved in 2018 as compared on 2017 as a total of 264 violent incidents (127 terrorism and 137 counter-terrorism) were recorded during 2018 in the tribal districts as compared to 325 (153 terrorism and 172 counter terrorism) incidents in 2017.

The report said that out of total 127 terrorist incidents in 2018, 63 attacks (50 percent) targeted the security forces, while in 58 attacks (45 percent) civilians were targeted. Five terrorist attacks (4 percent) targeted members of civil militia or Amn Lashkar. One incident of infighting between terrorist groups was also report during 2018.

The report further said the violent incidents of terrorism and counter-terrorism resulted in a total of 366 casualties, including 152 deaths and 214 injuries, in the tribal districts, marking a significant decrease of 70 percent in overall casualties. Of the total casualties, 192 (75 killed and 117 injured) were that of civilians, accounting for 52 percent of the overall casualties.

Three incidents of terrorism were reported in Orakzai tribal district, but massive civilian casualties happened in these attacks.

He however said that some militant organisations would surely try to strengthen their capacity, but the security forces would not let any outlets to carry out their anti-peace activities in the region.