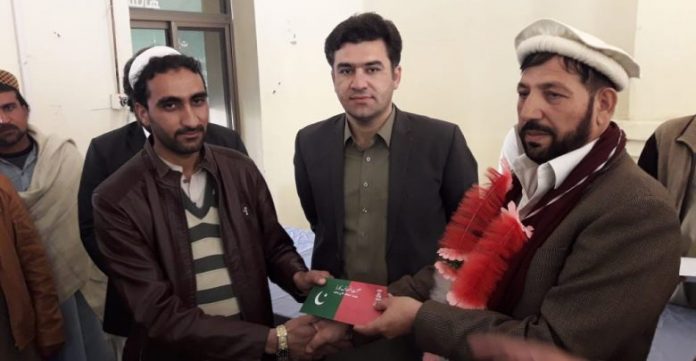 On February 04, Prime Minister Imran Khan had inaugurated Sehat Insaf Cards program for tribal districts at a function in Islamabad. Under this scheme, a beneficiary can get medical treatment upto Rs720,000. Cards have been distributed Khyber, Kurram, Bajaur, Mohmand and Orakzai tribal districts after the announcement by the prime minister.

The government has said that about 1.1 million families in tribal districts will benefit from the scheme. The card holders will be entitled to free of cost medical treatment in 110 hospitals of the country.

Dr Riaz Tanoli, Program Director of Sehat Insaf Program, for tribal districts, said as many as 1,011,510 Sehat Insaf Cards will be distributed among the tribal families.

“Every head of family, who has permanent address of tribal districts on his identity card, will get the Insaf Card. Those who don’t want to get the card is another issue, but as far as the government is concerned, it has printed cards for the whole population,” he said.

“If someone did not get his card, then he can contact the concerned office through the toll-free helpline for enquiry,” he said.

Mr Tanoli said every tribesman should get his Insaf Card from the specified venue whenever an announcement is made to this effect. The program manager clarified that there is no cash involved in this scheme.