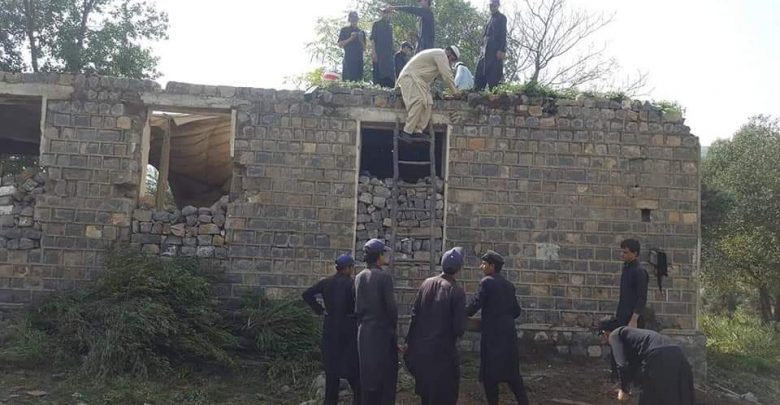 KALAYA: The students and teachers of Kasha area of Orakzai tribal district have initiated construction work on the damaged building of the government middle school.

The teachers and students say the school building was damaged during a military operation, which was not reconstructed after passage of several years. They said the local youth organisation held meetings with the deputy commissioner and Education Department Officials who assured to reconstruct the school, but nothing happened practically.

The students said the school building is in extremely dilapidated condition and may collapse any time.

Asif, a teacher at the school, told TNN that concerned authorities were contacted several times, but nothing happened despite assurances. He said the weather has turned cold after the arrival of winter season and students cannot attend their classes outside the classrooms, therefore, they have decided to initiate the work with self-help basis.

He said eight teachers are working in the school which has enrolment of over 200. He said there are six classrooms in the school and most of them are on the verge of collapse.