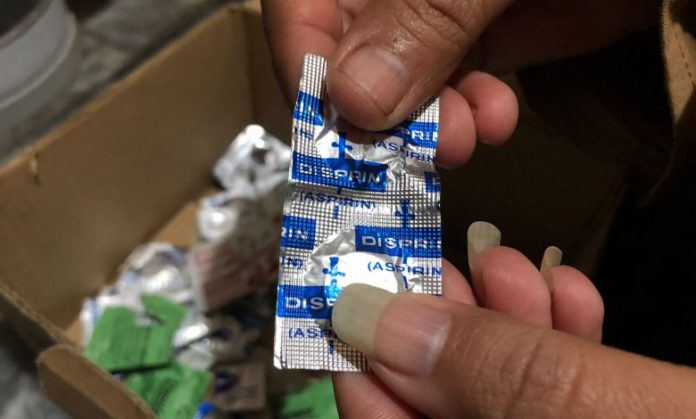 Women in many of the rural areas of Khyber Pakhtunkhwa rely on self-medication and totkas due to lack of awareness, poverty and other factors.

On the other hand, doctors consider the self-medication dangerous it it does more than good. Besides at times, self medication at times adversely affects health.

Something similar happened to Mardan’s resident Bakhat Jehan, after she started medicines without a prescription. “I went to see a doctor after chest pain and get well with the medicine, he prescribed,” she said.

Sometimes later she again felt the pain and started using the same medicines without doctor’s advice. However, her situation further deteriorated instead of getting better and was rushed to hospital.

Perils of self-medication and totkas

Dr Inayatullah at the Ayub Teaching Hospital told TNN that many a people use Ibuprofen and Aspirin for body aches. However, he said that both the medicines adversely impact stomach.

Besides, he said that many others also start using antibiotics without a doctor’s prescription. Dr Inayat said that only a doctor could prescribe medicine for a particular illness. “One should never start taking medicines on his own and doing so can expose a person to many illnesses,” he said.

On the other hand, Pakistan Society of Health System Pharmacists 2017 report put the number of annually 500,000 people die in the country due to self-medication. However, the society’s president Abdul Latif Sheikh said that there were no official figures available for deaths due to self-medications.

He said that conservative estimates based on the data of hospitals and non-governmental organizations put the figures of death resulting from self-medications around 400,000 to 500,000.

Mr Sheikh said that nearly 80,000 die in the US die to self-medication and related issues every year.

Arifa, 23 from Dera Ismail Khan is also facing health problems due to self-medication. She used to take Ponstan tablets for feet pain. However, she started using Voren or diclofenic sodium at her aunt’s suggestion after her condition aggravated. Arifa said that her aching feet improved initially; however, later, the pain increased forcing her to pills thrice a day.  Her father took her to a doctor after her health further deteriorated.

“After checkup and tests, the doctor told me that self-medication has impacted eyesight as well as liver,” he said.

She said that now she felt sad over self-medication that created health problems for her. “I ask other women to avoid self-medication for minor ailments and go to doctor for prescriptions,” she added.