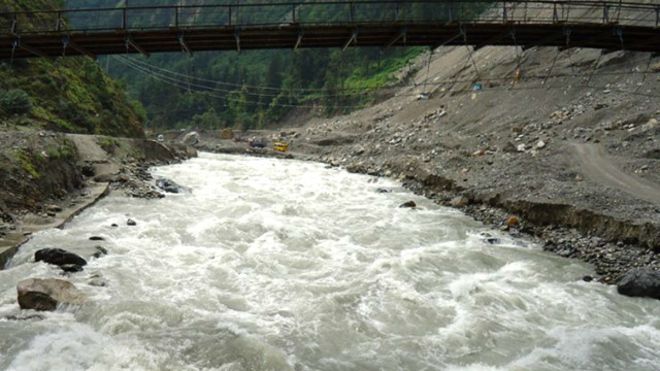 BALAKOT, 21 August: Two people, including a women, drowned in Kunhar river in Kaghan while taking selfies through a mobile phone on Saturday.

Station House Officer (SHO) Arshid Khan said 29-year-old Sohail, who had come from Multan for picnic, was taking a selfie at the riverside when his foot slipped and he fell into the water. His relative Rashida Hanif, who was accompanying him, also jumped into the river in a desperate bid to save Sohail, but both of them drowned. The bodies of Sohail and Rashida were recovered five kilometres away from the site of the incident.

Meanwhile, a six-year-old child Shahan also drowned in Panjkora river in Timergara. The child was playing near the river when he fell into it and drowned. Bakht Bacha, father of the child, said his body could not be found 24 hours after occurrence of the incident.