PESHAWAR, 22 June: The federal government has temporarily removed Mufti Abdu Qavi from the Central Ruet Hilal Committee after his controversial appearance with a model girl on social media.

A notification issued by the Ministry of Religious Affairs dated June 22, 2016, read as: “Mufti Abdul Qavi resident of Multan (Punjab) Member of Central Ruet-e-Hilal Committee is hereby suspended with immediate effect and until further orders. The notification, however, did not specify any reason for the suspension of the cleric. 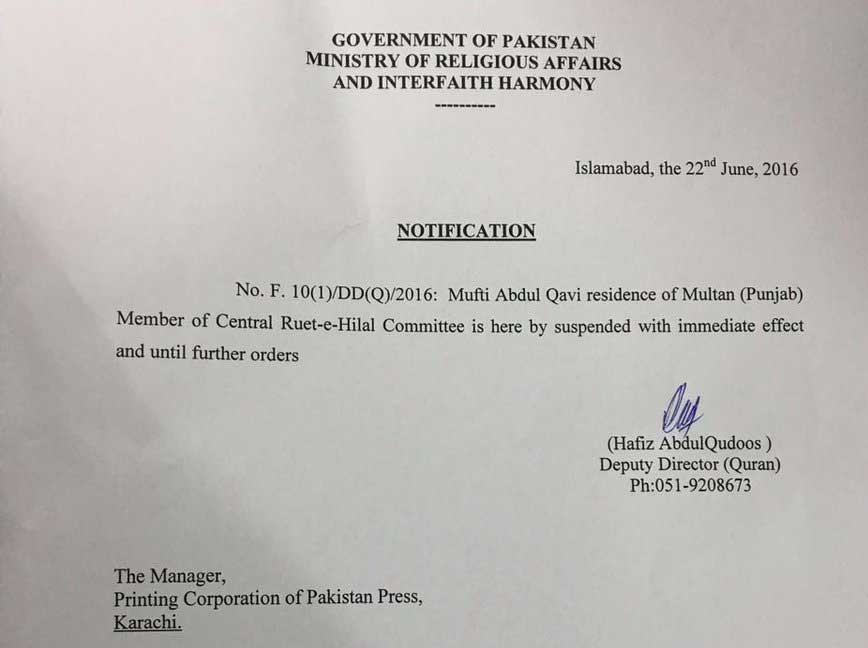 A couple of days ago, Mufti Abdul Qavi was snapped in a video and selfies with model girl Qandeel Baloch which took the social media by storm.

According to media reports the decision to suspend Mufti Qavi’s membership was taken as a punitive measure.

Central Ruet-e-Hilal Committee is responsible for sighting of moon and it announces the start of Ramazan and other religious festivals such as Eid-ul-Fitr and Eid-ul-Azha etc.