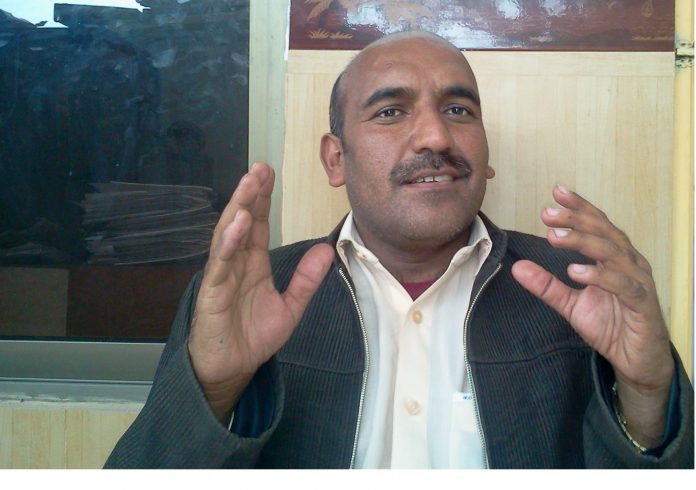 PESHAWAR, January 11: The federal government has nominated Khyber Agency’s Wilson Wazir Masih for Sitara-e-Imtiaz for his services for minority community in FATA. The 38-year old rights activist from Christian community will receive this award on March 23 from Governor Khyber Pakhtunkhwa Sardar Mehtab Ahmed Khan. Tribal News Network correspondent Saleemur Rehman Afridi has put few questions before Mr Wilson about his services and achievements during his 20-year struggle for the rights of this community.

TNN: What are your major services for the minority community which led to your nomination for the national award?

Wilson Wazir Masih: There had been no domicile facility for the minority community in FATA. After my efforts the minority community got permanent resident certificates which helped them in getting admissions in schools, colleges and universities and also for getting jobs. The minorities were also deprived from right to vote when the same was given to the population of FATA in 1997. I wrote to the then caretaker prime minister about this issue after which the minorities also got the right to vote in the elections of 2002, 2008 and 2013. Previously, there were no scholarships for the minority community of FATA, but now they are getting assistance on religious occasions like Christmas and Easter etc. Implementation of minorities’ quota in the federal jobs has also been ensured now and our people are now getting jobs in Levies Force and Frontier Corps. Our people used to get the job of sweeper only, but now they are also getting clerical, EME and nursing jobs in these organisations.

TNN: You have been living in a mountainous area since your childhood. How did u get inspiration to serve your community?

Wilson Wazir Masih: When I passed my SSC examination in 1992, I went to the APA office to form a domicile from Landikotal, Khyber Agency. I was told there that this facility is not meant for minority community. I came to know there that all members of the minority community were facing this problem. This created a spirit in me to serve our community. I continued my work in this direction during my further studies and also during my job. I also quit my job five years ago to fully concentrate on social activities. All the members of the minority community are very happy with my efforts.

TNN: How much time you have spent in serving your community?

Wilson Wazir Masih: I am doing this for the last 20 years. The population of minority community in FATA is about 50,000 and all of them are satisfied with my efforts.

TNN: Do you face any difficulty in carrying out your work?

Wilson Wazir Masih: Social work is a very challenging field. People often suspect us for working for our own interest. With true passion of serving humanity, we can overcome these challenges. I have not left my area even in these difficult times.

TNN: Do you receive any assistance from the local population?

Wilson Wazir Masih: All the tribes, whether they are Afridis or Shinwaris, their behaviour with the minorities is very affectionate. Our people would have left this area if the local population were not caring.

TNN: What are your feelings after being nominated for this coveted award?

Wilson Wazir Masih: I am very happy over getting his award. My family is also jubilant over recognition of my efforts. People used to say I am wasting my time in such activities. But the announcement of this award has boosted the morale of other people working in this sector. They will now work with more vigour and zeal. My relatives and well wishers are now telling me that I am rewarded for my dedication to serving my community.

TNN: Would you like to convey any message to your community?

Wilson Wazir Masih: All the problems resolve with the passage of time. People should remain faithful and loyal to their native area. People should also inform me about their problems as I am already working in this field. Patriotism is a great characteristic which pays off eventually.