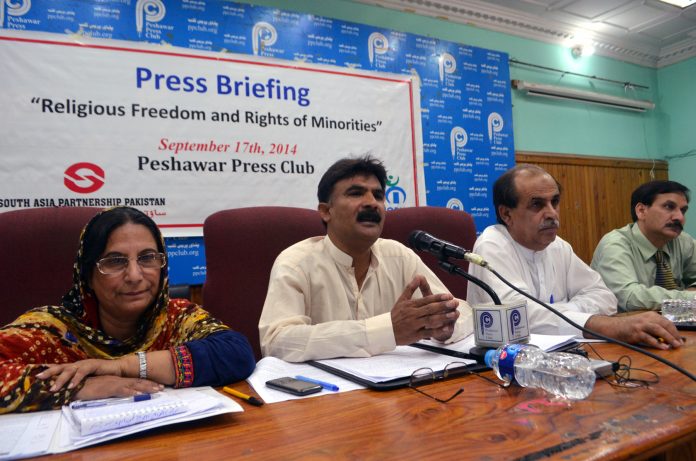 PESHAWAR, September 18: A seminar was held in the provincial capital Peshawar about the issues being faced by the minorities in Pakistan.

Representatives of minorities, government officials and local elders participated in the event, organised by the South Asia Partnership Pakistan on 17 September.

Speakers on the occasion said about 6% population of Pakistan comprised of minorities but that their rights as guaranteed in the Constitution were not being given to them. He said the minorities in the country were suffering from inferiority complex in the prevailing situation.

A member of the South Asia Partnership Pakistan, Ms Nusrat, told TNN that the minorities had suffered physical and material losses in the country. She said a commission must be formed at provincial level to protect their rights.