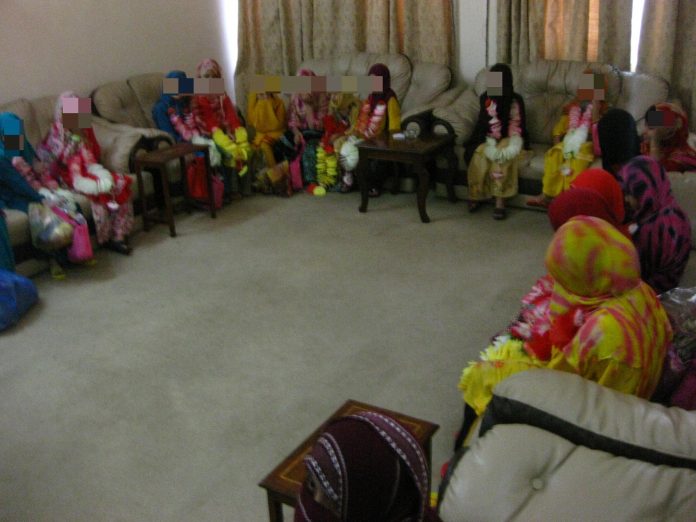 KHAR, November 29: The Political Agent of Bajaur Agency, Mr Muhammad Yahya Akhunzada, and tribal elders have warmly received the girls, who were recovered from a home in Karachi, Sindh province two days ago.

The girls were students of a madrassa but reportedly handed over to a family by their teachers to settle a debt issue – the family had borrowed money and because they could not pay back, they were asked to provide food to students in exchange for the money borrowed.

Girls were welcomed at the office of political agent and they were later handed over to their parents through a tribal jirga.Mr Azam Khan, FATA’s additional chief secretary, also met the little girls during flight from Karachi to Peshawar.

Speaking to journalists, Mr Azam Khan said they had arranged tickets of Pakistan International Airlines from Karachi for the girls and brought them to Peshawar.

“Then we dropped them off to Bajaur and handed them over to their parents though cars that were waiting for them in the airport”.

He has asked the tribal elders to set up a madrassa in the agency headquarters Khar. “We will start up the madrassa in a house at first, after that we would construct a separate building for it, where both religious and modern education will be imparted to them”.

In its second phase, branches of the madrassa will be set up in every tehsil of the region.