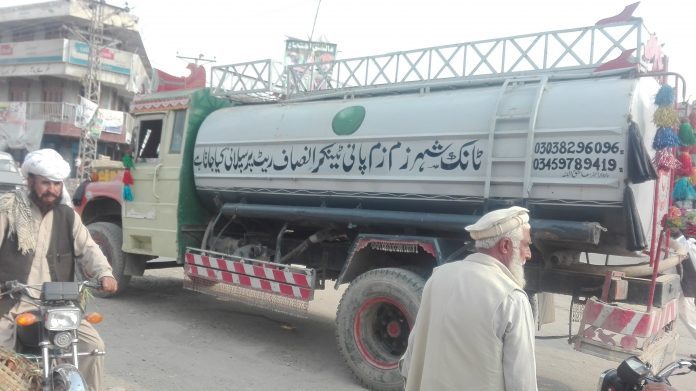 TANK: Senate Committee for Backward areas on Friday expressed dismay and concern over usage of rain-fed ponds for drinking purpose in district Tank and termed it an open disgrace of humanity.

The Standing Committee chaired by Chairman Senator Mohammad Osman Kakar said that what else could be so humiliating that humans and animals are using same ponds for drinking and other needs of life.

The Committee directed Tehsil Municipal Administration and Public Health Engineering to take immediate measures ensuring drinking water supply to the people. It also expressed shock to know that hundreds of villages of district Tank were still without the basic facility of electricity.

The Committee also discussed gas supply to district Tank and expressed dismay that only 2500 houses out of a total 40,000 have gas connections.

The meeting was attended by members Senators Attaur Rehman, Shafiq Tareen and Momin Khan Afridi, Ayesh Noor, MPA Mehmood Bhittani, district Nazim Mustafa Kundi Tehsil Nazim Haibat Khan, MNA Jamal ur Din, MNA Abdul Shakoor, Assistant Commissioner Asmatullah, and others. The meeting was informed about the shortage of doctors and paramedic staff in the district and the problems being faced in the education sector.

The drinking water issue in district Tank is decades old. District Tank in KP province is a gateway to South Waziristan Agency and in South of Dera Ismail Khan consisting about 0.4 million population. It is declared as the second most backward district of KP after district Torgher out of 25 districts in the province.