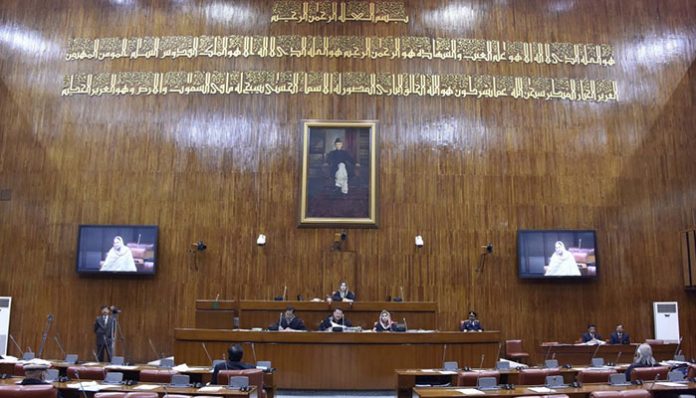 PESHAWAR: Chairman of the Senate body on State and Frontier Regions (SAFRON) on Monday said that the situation in Tribal districts has become more complicated after its merger with Khyber Pakhtunkhwa.

The committee called for devising a comprehensive strategy to resolve the issues emerged after the merger.

The committee met with its Chairman Senator Taj Muhammad Afridi in the chair and was attended by Senators Hilal-ur-Rehman, Haji Momin Khan Afridi, Directorullah, Atal Rahman, Sajjad Hussain, Shamim Afridi and officials of the SAFRON ministry

Senator Taj Muhammad Afridi stressed on providing optimum care to the tribal people and serious attention to their problems, pointing out that the situation was very complicated, after its merger into Khyber Pakhtunkhwa.

Describing education and health a provincial subject, he said the SAFRON ministry could not deal with matters pertaining to provinces as its role was now limited to Refugees and States only. The ministry could not give its stance on such matters, he added. Senator Afridi sought the details of the issues emerged after the merger and called the representatives of the departments concerned in the next meeting.