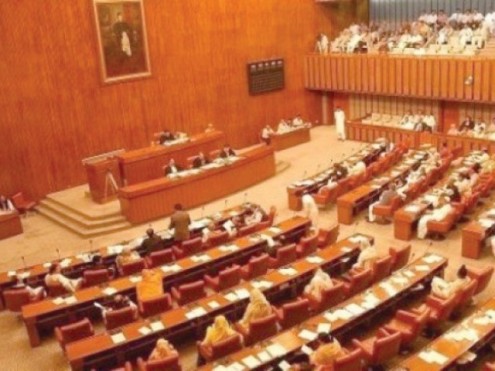 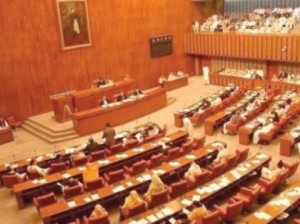 PESHAWAR, July 1: The Senate, which is Upper House of Pakistan’s parliament, Monday passed the Protection of Pakistan Bill 2014, which permits security forces to shoot suspects on sight with the permission of a grade-15 official. However, all such cases will be reviewed through a judicial inquiry if required.

The Minister for Science and Technology, Mr Zahid Hamid, said that since a military operation had begun in North Waziristan, the passage of the bill was of utmost importance.

Mr Hamid presented the bill in the Senate in the absence of Interior Minister Chaudhary Nisar Ali Khan.

The passage of the bill has become possible following the government`s acceptance of more than a dozen opposition-proposed amendments to the draft.

As per the bill, the accused in terrorism cases will be divided into three categories: foreigners, for which specific style of investigations would be conducted; the local terrorists and militants; and routine criminals like thieves, killers, etc who would be given a chance to prove their innocence in the court.

The remand period of the accused has been fixed at 60 days while the judiciary will hold inquiry into such cases if required.