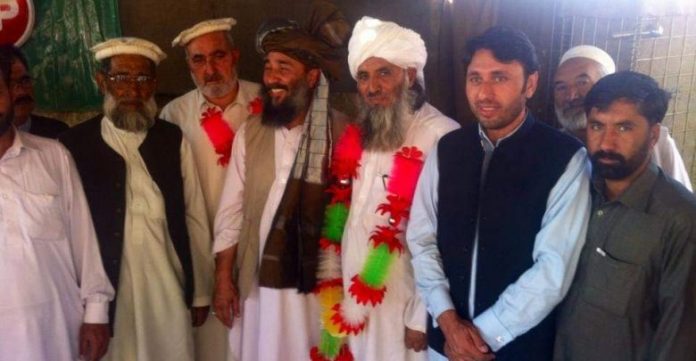 BAJAUR: Senior leader of Awami National Party (ANP), Maulana Gul Dad Khan was injured among two others in a roadside blast in Dar Banro area of Tehsil Nawagai in Bajaur district on Monday.

The arch-rival of Taliban ideology, 65-year-old Maulana Gul Dad has lost 13 members of his family and friends – including his brother and son – in the war against Taliban. However, he still stands firm on his stance. In one of his interview with the TNN, he has said that he will stay in Bajaur and will continue his fight till he is alive

The TNN correspondent reported that Maulana Gul Dad Khan was travelling when his vehicle was hit by the roadside blast at 11 am.  As a result, he received a number of injuries and was rushed to the hospital, where his condition is stated to be out of danger.

Initial investigation shows that his vehicle was targeted with a remote control bomb, however; the police officials are conducting an investigation into the attack and will share exact details of the nature of blast once the investigation process is completed.

Maulana Gul Dad is a senior political leader as well as a prominent religious scholar from Bajaur district. The sources informed that he was on the way to his agriculture field along with his close friend Qayyum Khan when he was targeted. Doctors at the hospital said that Maulana has received injuries in one of his hand and several minor injuries on other parts of his body, however, he is out of danger.

Sources said that Maulana Gul Dad Khan is on the hit list of the Taliban. He was also attacked several times in the past by unknown militants. A team of officials of the district administration and Levies forces have reached the area to investigate the incident, the official added.