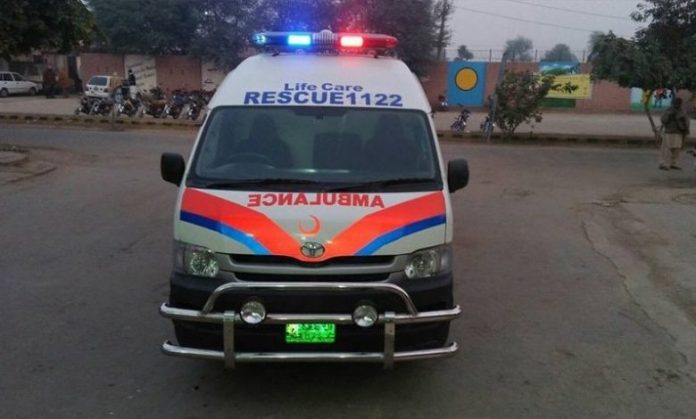 PESHAWAR: The son of a senior journalist in Peshawar has died and his daughter sustained serious injuries in a blast in his home which occurred due to gas leakage on Tuesday.

According to spokesman for the Lady Reading Hospital (LRH) Peshawar, a blast occurred at the house of Arif Yousafzai, Bureau Chief of AbTak news channel, in the morning due to which his 13-year-old son Musa Arif died, while his 10-year-old daughter sustained serious injuries who was shifted to the Burn Centre of Hayatabad Medical Complex.

Arif Yousafzai belongs to Swabi district of Khyber Pakhtunkhwa and he currently lives in Peshawar for job.

KP Information Minister Kamran Bangash, members of journalist community and other people in large number visited the residence of Arif Yousafzai to offer Fateha for the departed soul and prayed for early recovery of his daughter.

People belonging to different walks of life including politicians and media persons have expressed grief over the death of son of Arif Yousafzai and prayed for eternal rest and peace of the departed soul. They also prayed Almighty Allah to grant courage to the bereaved family to bear the loss with equanimity.

The body of a seven-year-old boy, who was missing for the last two days, has been found.

Police said the boy, Asadullah, was brutally killed. Police said Asadullah went missing from his house in Darra Pezu two days ago. On Tuesday, the body of the missing boy was recovered from a nearby forest near his home. The boy was killed after torture and his body was dumped into the forest. His body has also been damaged by wild animals.

The parents of the boy have alleged that their son was killed after sexual abuse. However, confirmation of this allegation is yet to be made as medical tests haven’t arrived yet.

The incident enraged the local people who blocked the India Highway in protest. The protesters demanded immediate arrest of the culprits involved in the incident. Passengers in public transport and other vehicles faced difficulties due to blockage of the road in hot weather.

The body of another 11-year-old boy was also found two months ago in Lakki Marwat. The body bearing torture marks was thrown in a graveyard.