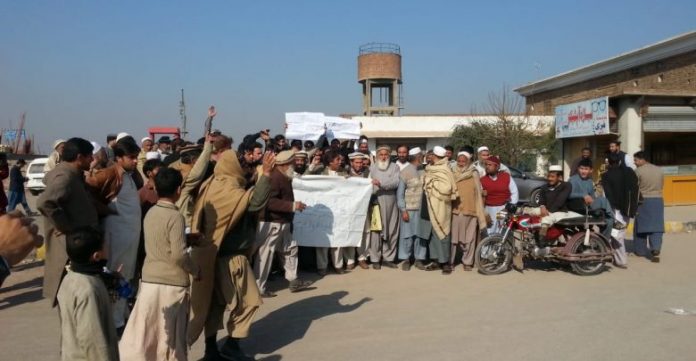 BARA: The people of Sepah tribe of Bara tehsil in Khyber tribal district on Monday staged protest demonstration over excessive power load-shedding in the area.

Led by the Pakistan Tehreek-e-Insaf (PTI) leader Gul Madar Afridi, the protesters marched from Minara Market to Khyber Chowk and chanted slogans against the Wapda officials. The protesters also blocked the Bara-Peshawar road for all kinds of traffic due to which the commuters faced difficulties.

The protesting tribesmen alleged that the Tribal Electric Supply Company (Tesco) in connivance with a mill owner was conducting excessive load-shedding in Alam Goodar area due to which the people are facing difficulties. They alleged that power was supplied to the mill, while the local population endures prolonged outages. They said they were tolerating the presence of the mills in their area only because of electricity supply to the area. They said the factory will have to be closed down now if the locals are not provided electricity.

The protesters said they will continue their protest and also besiege Bara Grid Station if their problem was not resolved.