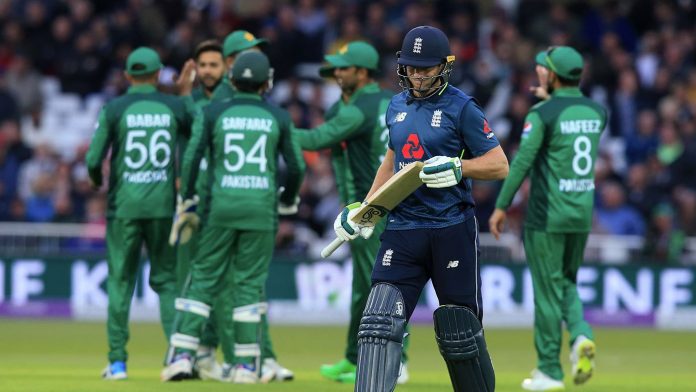 PESHAWAR: The last match of the five-match one-day international series between Pakistan and England will be played at Leeds today (Sunday).

The match will begin at 3:00pm (PST). England will be again favourites to win the match and clean sweep the series given their dominant display in the first three matches. England have already won the series 3-0 and they look set to sweep the series.

In the beginning of the series, which was considered crucial for World Cup preparations of both the teams, cricket experts believed that Pakistan’s batting will have to come good to have any chances to challenge a strong England team. However, it was Pakistan’s bowling and fielding which let them down, while the batting display was good in all the matches. Pakistan lost all the matches despite centuries scored by their batsmen in all the matches, but fielding department ultimately turned out to be the difference.

England will be keen to keep on testing their bench strength to explore options for the upcoming mega event. They will be particularly happy with the return of form for Ben Stokes. With all bases covered, the only problem England have now is that who must be left out for the World Cup squad. With their dominant recent performances, they have made a statement before the World Cup. With this strong combination, they will be increasingly confident of lifting their first World Cup.

For Pakistan, Abid Ali may finally get a chance to play and Imam-ul-Haq or Fakhar Zaman will sit out for him. There is no word on Mohammad Aamir, who is still battling fitness issues. Shoaib Malik and Hafeez played well in the fourth ODI and are likely play in the fifth ODI.