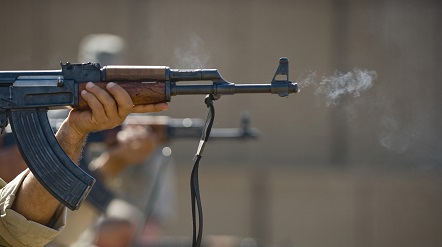 GILGIT:  A session judge and his family escaped unhurt narrowly after miscreants fired at his car here Sunday following burning of girls school, the police said.

The police added that unknown armed persons who were hiding in thick grass on roadsides opened fire near Dareil area of district Diyamar on car of Session Judge Malik Inayat who was on way to attend funeral of a martyred cop.

A heavy contingent of police rushed to the scene and launched a search operation immedialty however no arrest could be made.

Unrest prevails throughout the region after miscreants torched girls schools in the area.

It should be noted that the policeman was martyred by unkown armed persons on Saturday last.