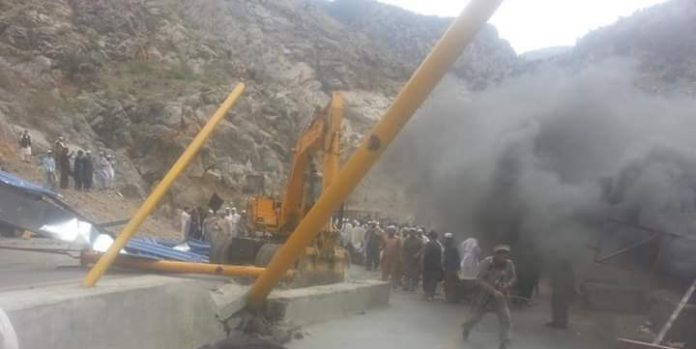 LANDIKOTAL: The administration of Khyber tribal district has arrested seven persons on charges of demolishing a toll plaza at the Pak-Afghan Highway.

The seven people have been arrested on clauses of law including impeding the government work, provoking the mob and damaging the government property. According to a statement issued by the district administration on Saturday, the National Highway Authority (NHA) established at toll plaza at the Pak-Afghan Highway under the orders of the Peshawar High Court (PHC). However, it said, the local tribesmen did not approve the toll plaza and initiated agitation.

The statement said talks were held with the local tribesmen on the issue for a week which proved fruitless and on March 23 (Saturday) an angry mob attacked the toll plaza and demolished it. The statement mentioned that the people of the area are of the view that they are exempted from all kinds of taxes for the next five years as part of the merger plan of erstwhile Fata with Khyber Pakhtunkhwa. However, it said the toll plaza was set up under the orders of the court.

They said KP Governor Shah Farman had also assured the transporters that they will be exempted from toll tax and other taxes. They said the government instead of providing jobs to the tribal youth are teasing the employed youth by imposing taxes.