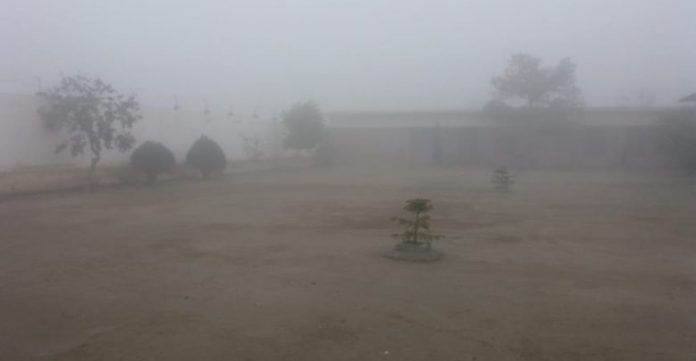 PESHAWAR: Eight people lost their lives and dozens others were injured, while six houses were also damaged completely in the strong wind followed by heavy rain in different parts of Khyber Pakhtunkhwa on Tuesday evening.

According to latest data provided by the Provincial Disaster Management Authority (PDMA), Rescue 1122 and unofficial sources on Wednesday, three deaths have been reported in Peshawar, two in Swabi and one each in Kohat, Charsadda and Khyber tribal district.

Strong winds lashed Peshawar and surrounding districts in the evening on Tuesday due to which trees were uprooted and signboards were also dismantled. The windstorm also damaged fruit orchards and standing crops. A station of the Bus Rapid Transit (BRT) Peshawar on the University Road was also badly damaged due to windstorm. The traffic system was also badly affected and power supply was disconnected to most of the areas, particularly the rural areas. Power supply is still disconnected in many areas and Peshawar Electric Supply Company (Pesco) says it is working hard to restore the power supply.

The PDMA while quoting conversation with the Rescue 1122 said a child died in Peshawar when a wall fell over him during the windstorm. Three children were injured in Pir Bala area when a huge tree fell over them. One person died in roof collapse incident in Garhi Gai Bala. At least 15 injured persons were brought to the Lady Reading Hospital Peshawar (LRH), while 17 injured, including two women, were brought to Khyber Teaching Hospital Peshawar. A body was also brought to KTH that was identified as Jehangir Khan, resident of Mullazai.

Two sisters lost their lives when roof of their house collapsed due to windstorm and heavy rain in Yar Hussain area of Swabi. Three other sisters and their mother were injured in the tragic incident.

One person died and two children were injured when a heavy tree fell over them during windstorm in Shabqadar area of Charsadda.

He PDMA said four people were injured in similar incidents in Mardan, while one injury was reported from Dera Ismail Khan. The Rescue 1122 brought the injured to the hospitals.