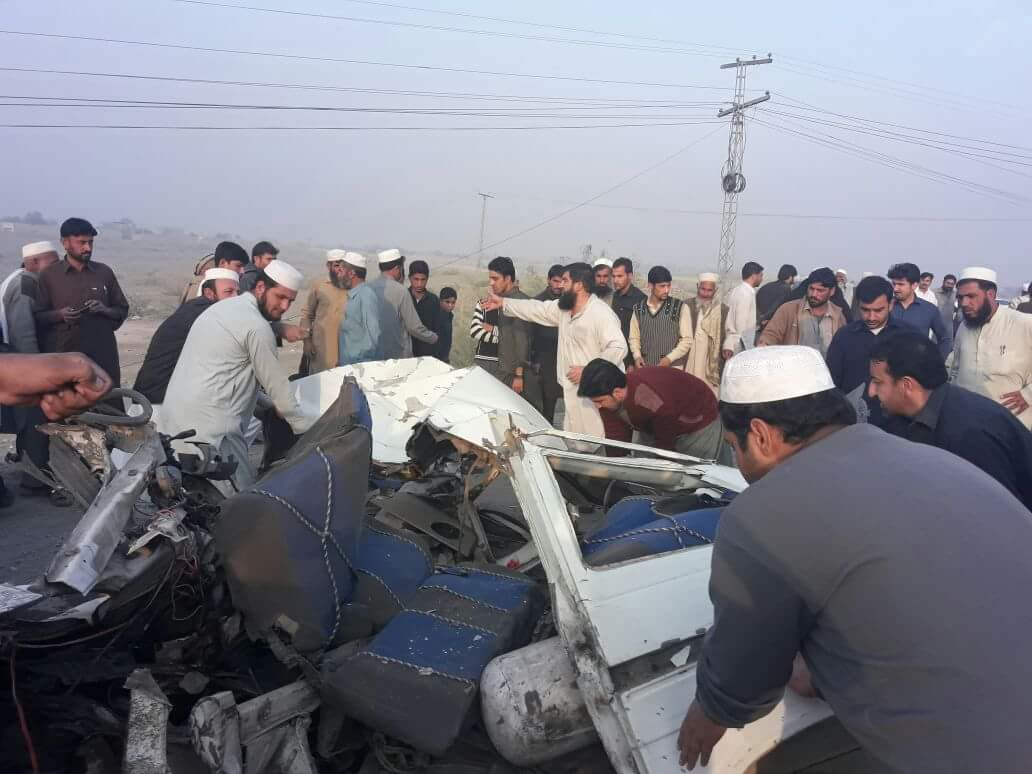 JAMRUD, 06 December: As many as seven persons died and four others injured as a trailer collided with a motorcar and a passenger van in Shah Zaman Kali area on the Pak-Afghan highway here on Tuesday evening.

According to local residents and officials of the political administration, the trailer, which was on its way from Afghanistan, ran over a motorcar and a van, killing seven people on the spot.

The injured people were shifted to a hospital in Peshawar while the dead bodies were moved to their ancestral villages for burial.