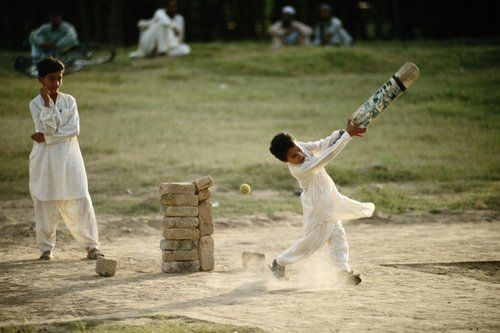 ABBOTABAD: At least even people were killed inside police check post when two groups clashed over a children’s quarrel during a cricket match in Havillian area of Abbotabad district on Friday evening.

Deputy Superintendent of Police (DSP) Ijaz Khan said children quarreled during a cricket match in Garhi Pulgram area in the evening after which senior members of both families also started fighting. Three people were injured when both groups opened firing at the playground.

Scuffle among #Children during a #cricket match held in Havilian #Abbotabad led to a bloody clash between their families that left seven people dead from both sides. Ironically the clash happened inside #Police check post where policemen were playing the role of mere spectators. pic.twitter.com/b3aV7MUCCf

The DSP said the injured persons were going to Rajoia police post to file a case when people from the opponent group opened firing on them. During exchange of firing, Mukhtar Shah, his brother Anwar Shah and another person Shaukat Shah were killed, while from the other group Rashid Khan, his brother Sohrab Khan and two other persons lost their lives and another person was injured. The injured person was taken to Ayub Medical Complex.

Police have registered a case and initiated investigation. Local sources said the mother of Anwar Shah and Mukhtar Shah died of heart attack after coming to know about the death of her two sons.

In August this year, a 15-year old boy was stabbed to death over a petty issue during a cricket match in Qandharo area of Mohmand district.

In Kohistan, three people were killed and four others were injured in firing between two rival groups in Kohistan.

Police said two groups clashed over a petty dispute in Harban Nullah area of Upper Kohistan. The deceased were identified as Rehmat Ghani, Ramazan and Sheena. The bodies and the injured were taken to local hospital.

Police personnel reached the site of the incident and imitated investigation.

Meanwhile, A man shot himself dead after killing his wife in Sardheri area of district Charsadda on Saturday. Local police said that Niaz Muhammad was Ice addict who after exchange of arguments on domestic issue shot his wife dead and then committed suicide by opening fire on himself.