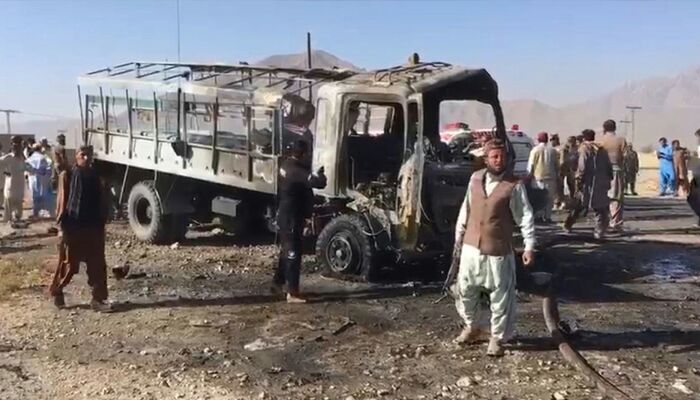 QUETTA, 18 October: Seven policemen were martyred and 10 other people injured in a bomb explosion in Saryab Mill area of Quetta on Wednesday.

The injured people have been taken to Civil Hospital Quetta where condition of some of them was stated to be injured. Police said 35 policemen were travelling in a truck in the morning when unknown militants rammed an explosive-laden vehicle into the truck. The security forces cordoned off the entire area after the blast and launched search operation.

Balochistan Chief Minister Sanaullah Zehri has condemned the attack and directed the concerned authorities to provide best medical facilities to the injured.