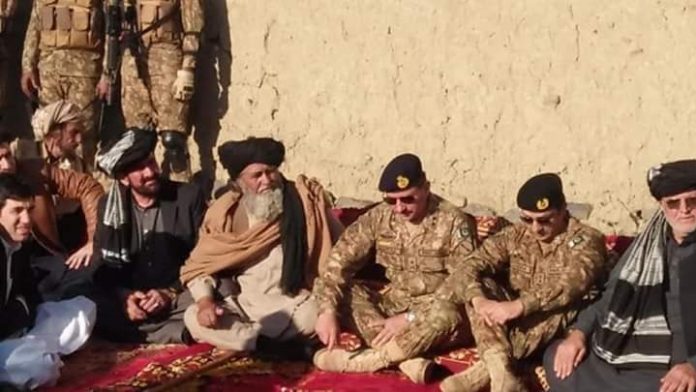 MIRANSHAH: The civil and military officials in a Jirga with the elders of Utmanzai tribe in North Waziristan tribal district on Monday decided to work jointly for development of the region.

On the occasion, the area people demanded release of arrested persons. Major General Mumtaz Hussain assured that all the arrested people, who will be proved innocent, will be released immediately.

The Jirga members and civil and military officials agreed to uphold the local traditions while carrying out different functions in the area. It was also agreed that the family members of any arrested person will never be harassed.

The security forces have handed over the control of check posts in South Waziristan tribal district to the local administration.

TNN correspondent reported that Assistant Commissioner Wana sub-division Faheedullah Khan has issued orders to deploy Levies personnel on the entry and exit routes of Wana. The assistant commissioner said Levies personnel will be deployed on all the check posts vacated by the security forces within a month.

Political Moharrar Ameer Hamza said Levies personnel have already been deployed at Tanayam, Inzer and Gul Kach check posts. He said the Levies force is now in-charge of the security at the check posts.

The elders of the temporarily displaced persons (TDPs) of North Waziristan tribal district, who are currently living in Khost province of Afghanistan, held a meeting with the civil and military leaders on Monday to discuss the repatriation policy.

The Jirga decided that TDPs of cleared areas will go to their homes, while some others, whose areas haven’t been cleared yet, will go to the houses of their relatives. They said the TDPs who want to go to Bakakhel camp willingly will be allowed to do so. The TDPs have also been allowed to carry necessary luggage with them.