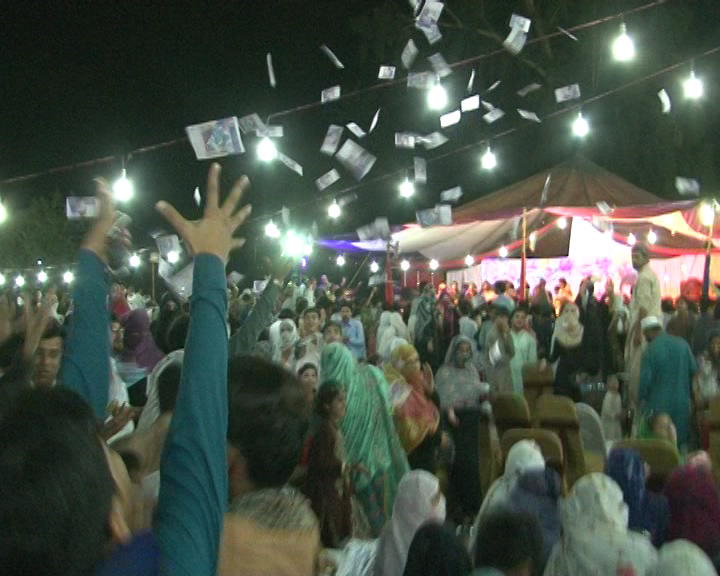 DERA ISMAIL KHAN, 29 June: Several children sustained injuries when Khyber Pakhtunkhwa Minister for Revenue and Estate Ali Amin Gandapur distributed Eid gifts and cash worth millions during Eid festival in Dera Ismail Khan.
Local people said that children, as well as elders, jumped in to catch money as Gandapur distributed Eid gifts among people of his constituency.
Earlier, Ali Amin Gandapur had announced an unusual Eid gift distribution program for his constituents in DI Khan. He had announced that cash gifts would be dropped from a glider plane over DI Khan for the residents. However, following public criticism, he canceled his decision and said that the program could cause incidents.