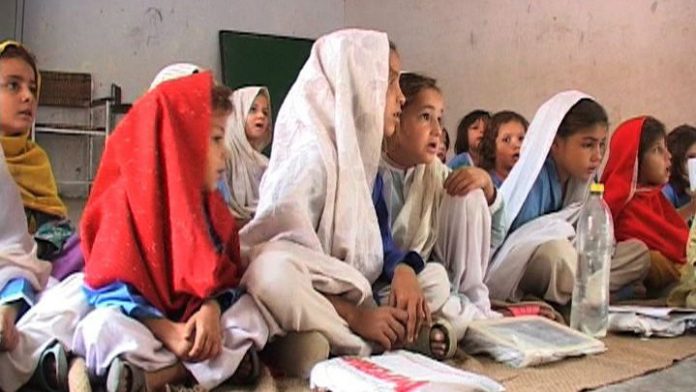 LANDIKOTAL: Dozens of students of the Government Girls Primary School in Okada, Loe Shalman in Landikotal tehsil of Khyber tribal district have left the school due to shortage of teaching staff and lack of other facilities.

TNN correspondent reported that the schoolteacher of Girls Primary School Misal Khan Killi is absent for the last eight years. The school also lacks clean drinking water, electricity, furniture and other basic facilities due to which the students are facing difficulties.

Two elders of Okada Loe Shalman, Zar Ghulam and Owais said while talking to TNN that the school is facing the problems of staff shortage, clean drinking water and other facilities. They said there was a time when 300 female students were enrolled in the school, but now only 50 students have been left and others have left the school due to various reasons.

The local elders said the issue was brought into the notice of relevant authorities, but the problem remains unresolved. They said the future of dozens of female students of the village remains uncertain due to apathy of the Education Department.

The area elders have demanded the Education Department and other relevant authorities to address the problem of staff shortage in the school without further delay. They said other problems at the school must also be resolved.

Despite repeated attempts by TNN correspondent, contact could not be established with the Education Department officials of Khyber tribal district on the issue.

Lack of facilities at Landikotal Hospital

The people of Landikotal sub-division of Khyber district have expressed concern over lack of facilities at District Headquarters Hospital.

TNN correspondent said the patients visiting the hospital at night time face a lot of difficulties due to lack of medicines and other facilities at the Emergency Unit.

Local residents told TNN that only one doctor remains present on duty at the emergency department of the hospital during night time in Ramazan. They said it is difficult for a single doctor to handle so many patients.

Since long, dialysis machine, and facilities for heart patients and gynaecologist are not available for patients at Landikotal Hospital and such patients are referred to Peshawar. The local residents demanded all the facilities at the DHQ Hospital as the poor patients cannot afford to go to Peshawar for expensive treatment.