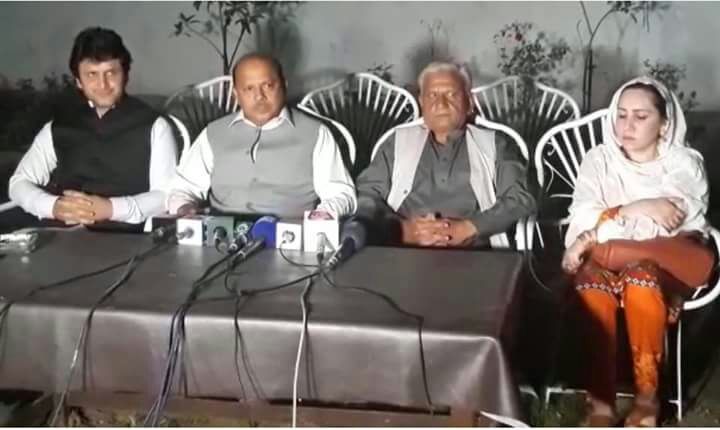 PESHAWAR: It is now becoming increasingly clear that several members of the Khyber Pakhtunkhwa Assembly from the Pakistan Tehreek-e-Insaf (PTI) may not get the party tickets in the next general elections due to performance, discipline and other issues.

Few PTI MPAs had already developed differences with Chief Minister Pervaiz Khattak over disbursement of development funds and entry of new people into the party fold from other parties. However, the situation worsened after the recent Senate elections when the PTI lost one seat from KP as several of its MPAs revolted and voted for the candidates of other parties.

According to media reports, the PTI suspects that nine of its MPAs, including three women, violated the party’s policy and discipline by voting for rival candidates. Those who voted for other candidates were accused of receiving a handsome amount for selling their votes. The chief minister initiated an inquiry against the PTI members after receiving instructions from Imran Khan, who announced that the MPAs would be expelled from the ruling party if they were found guilty of being involved in horse-trading.

In a fresh development, four PTI lawmakers held a press conference in Nowshera on Saturday and said they were wrongly accused of horse-trading.  MPAs Qurban Ali, Obaidullah Mayar, Zahid Durrani and Nagina Khan asked Imran Khan to probe the allegations of horse-trading to unmask the real culprits.

Qurban Ali said the names of the party legislators should be made public who received money in return for voting for the PTI candidates in the Senate election. Obaidullah Mayar said such accusations damaged their reputation and they would not allow anybody to resort to political mud-slinging. Nagina Khan said they had not sold their votes and had cast their ballot in favour of the PTI candidates.

These MPAs said the PTI is deviating from its manifesto and losing its support among the public.

Earlier in the day, MPA from Mansehra Wajihuz Zaman joined the Pakistan Muslim League-Quaid (PML-Q) after parting ways with the PTI. Addressing a press conference in Islamabad, he said Imran Khan never respects anyone. Wajih, who joined the PTI after leaving the PML-N in 2015, said the PML-N was also based on personality and same was the case with the PTI.

Meanwhile, PTI MPA Shaukat Yousafzai, who is considered very close to Imran Khan, said some MPAs, who failed to perform according to people’s expectations, will not get the PTI tickets in the next elections and that is why they are now hurling allegations against the party leadership.

In an earlier statement, he had urged the MPAs whose names were constantly appearing on the media to clarify their position whether they had or not been involved in horse-trading. However, most of them remained silent.

Experts believe that many PTI MPAs have seen writing on the wall and they are now looking for other options to contest the next elections. Some stalwarts from other parties have also joined the PTI and there are strong indications that many of them will get party tickets in the elections.