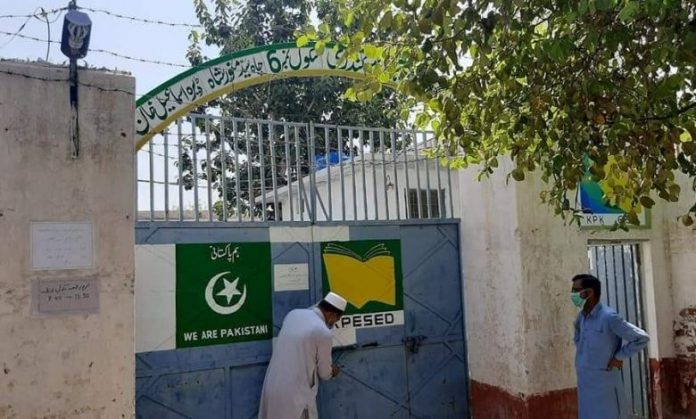 Authorities in Mardan and Nowshera districts have closed several educational institutions and government offices due to rising number of Covid-19 cases.

Nowshera district administration has closed five courts including additional district and session judge court and 12 educational institutions including University of Engineering and Technology for 10 days.

Deputy Commissioner Nowshera has directed the affected judges, teachers and other staff to remain in quarantine for 14 days.

In addition to this, high schools of Badershi, Rashkai and Pabbai Degree College Nowshera Cantt were also among the closed schools.

Besides, the administration also directed the municipal authorities to spray disinfectants from time to time during the closure of district courts and schools. DC Nowshera said that positivity rate of the district has jumped to 16.73 per cent.

District health officer Nowshera Dr Muhammad Shoaib said that currently 378 Covid-19 patients were currently undergoing treatment in the district. Besides, 12 other patients were in critical condition.

On the other hand, in Mardan district administration has also closed eight schools for 10 days due to Covid-19 cases.

Earlier this month, five female students and two teachers of a school in Mardan were infected with Covid-19 after which the school was closed.

The authorities said that the Government Girls Primary School in Labor Colony Mardan was closed for 10 days after the cases of Corona.