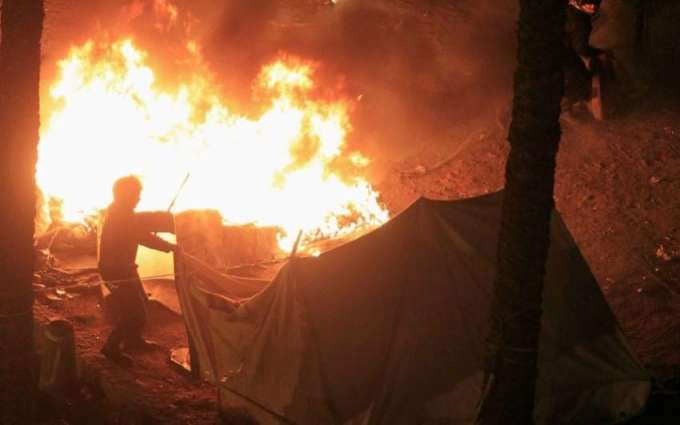 Local sources said the fire erupted in shops due to unknown reasons which spread very quickly and engulfed several shops. The local people and police doused the fire on self-help basis as the Fire Brigade vehicles arrived late at the scene. The students of a madrassa owned by local Member National Assembly Maulana Anwar and workers of Lakki Cement Factory used the water from the factory tanker to douse the fire. The local people also demolished some shops to stop the fire from spreading further. The people had doused by fire by the time the Fire Brigade vehicles arrived from the city.

The district administration sent revenue officials (patwaris and girdawars) to the scene of the fire to assess damages.

A similar incident happened in the same area last year which caused damages of lakhs of rupees to shopkeepers.