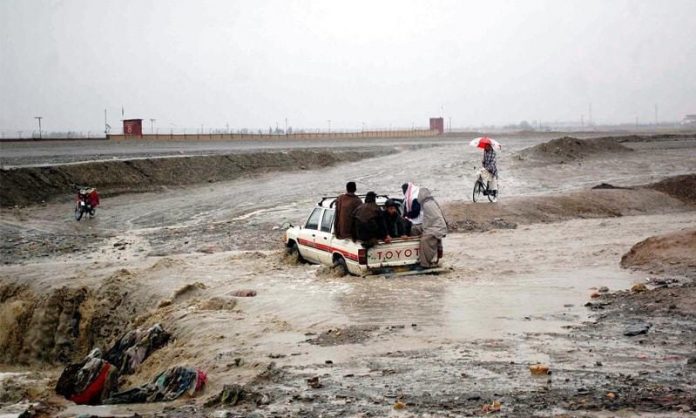 MIRAN SHAH: Dozens of shops and homes were swept away in floods Khelo Shaga area of North Waziristan. The Provincial Disaster Management Authority (PDMA) said that up to 80 shops were washed away by flash floods.

Ihsan Dawar, spokesperson for the PDMA said that they have already started work to estimate the total loss incurred by floods in the tribal district. Dawar added that very soon findings will be shared with the district administration of North Waziristan and the victim families will be provided compensation.

The district is worst affected by the militancy and wars in the region in which not only hundreds of civilian and security forces have lost lives but businesses, Agriculture and educational institutions were also destroyed.

In such a situation, floods have devastated the few remained of the business in North Waziristan. The local people have asked the Khyber Pakhtunkhwa government to provide compensation to the affected people.

Floods have also affected in North Waziristan district in recent past. On April 19, dozens of houses and shops were damaged due to the flood caused by heavy rains. The floods have also affected standing crops on 120 Kanal of farmlands were completed destroyed in North Waziristan on Wednesday. Initial reports show that four houses were completely destroyed due to floods.

On August 4, Six people drowned as they were washed away by the flash flood in Takht Nasrati area of Karak on Saturday, local sources said. The sources said those who drowned include four women and two men. The police with the help of local people retrieved the bodies.