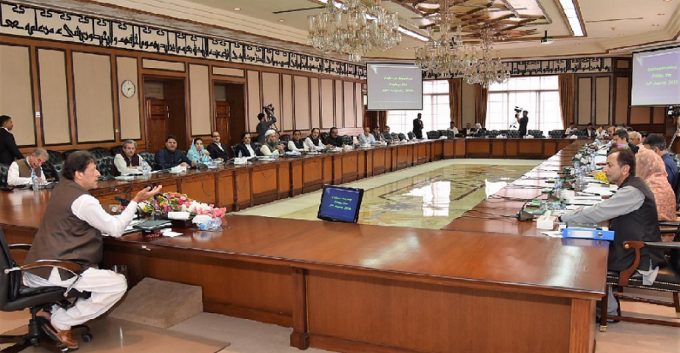 PESHAWAR: The federal cabinet on Tuesday approved two anti-rape ordinances for awarding exemplary punishment to rapists which include chemical castration and hanging to curb the increasing incidents of rapes in the country.

The proposed ordinances change definition of rape, allow chemical castration and hanging of convicts, but not public hanging.

Major developments in the ordinances are that the sexual abuse of transgender persons and gang-rape have also been included in the definition of rape. It means that those committing sexual violence against transgender persons will also face the same punishment as other rapists.

According to local media reports, the idea of public hanging was also discussed during the cabinet meeting, but that was dropped as majority did not agree on it. Minister for Religious Affairs Noorul Haq Qadri demanded public hanging of rapists, but Law Minister Farogh Naseem said it was “un-Islamic” and “unconstitutional” as described by the Supreme Court of Pakistan.

The government termed said the approval of two ordinances i.e. the Anti-Rape (Investigation and Trial) Ordinance 2020 and Pakistan Penal Code (Amendment) Ordinance 2020 a was a huge achievement as first time in the history of the country the definition of rape has been changed by incorporating “transgender” and “gang-rape” in it.

In another major development, the new laws prohibit the controversial “two-finger” test by doctors to determine “virginity” of women. This was revealed by Federal Minister for Human Rights Dr Shireen Mazari in her tweets. She said these changes in the laws were long overdue.

Addressing a press conference after the cabinet meeting to brief media, Federal Information Minister Shibli Faraz said the ordinances would be finalised within a week.

He said the cabinet asked the Law Division and other departments concerned to finalise the draft at the earliest by removing all legal lacunae that could be exploited by the offenders.