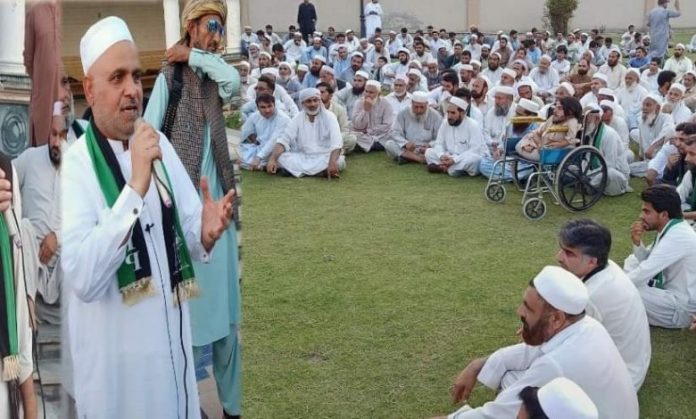 Shah Jee Gul Afridi announced formation of a new party while addressing a public meeting in Jamrud on Thursday. He said the name of his party will be Tehreek-e-Islahat Pakistan. He said his party will serve the people from Chitral to Karachi.

Shah Jee expressed grave concern over law and order situation in neighbouring Afghanistan and said peace in Pakistan is not possible without peace in Afghanistan. He said the people of merged tribal districts have totally rejected the slogan of so-called ‘Lar au Bar’. He said the proponents of this slogan are not sincere with Pakistan and Afghanistan.

Shah Jee was warmly welcomed by his supporters upon his arrival in Jamrud and rose petals were showered on him. The party vice chairman Malik Habib Noor also addressed the gathering. He said the party will be formally launched on August 14, 2021 at a huge public gathering in Islamabad. He said the launching ceremony of the new party will be attended by people from all parts of the country. He said the new party will raise voice for the rights of people of merged districts and rest of the country. He said he was confident that the ideology of the party would get great support among the masses.