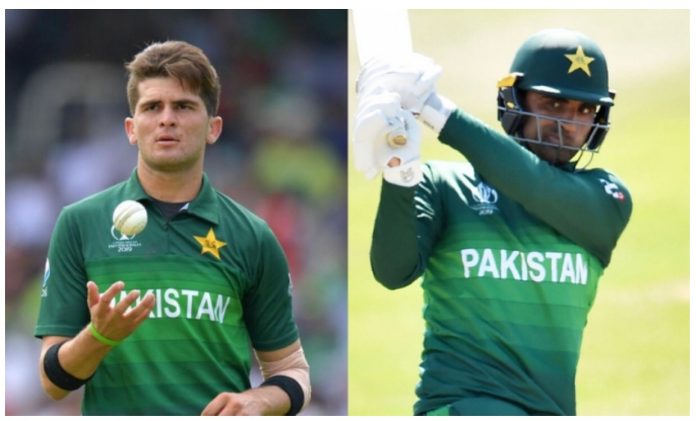 PESHAWAR: Pakistan fast bowler Shaheen Shah Afridi has been ruled out of further participation in the pre-season camp after being diagnosed for dengue fever, said a press statement issued by Pakistan Cricket Board (PCB) on Thursday.

The PCB informed that the 19-year-old has been admitted in a local hospital yesterday and is under the treatment of medical specialists.

Meanwhile, Pakistan’s opener batsman Fakhar Zaman has yet to resume his training camp due to the injury in his right knee. Fakhar has already underwent an MRI yesterday, said the PCB, adding that his medical reports will now be examined by the PCB Medical Advisory Panel, following which decision on his participation in the camp will be made.

Shaheen Afridi, who participated in Pakistan’s World Cup campaign and took 16 wickets in the tournament in England and Wales, was admitted to a local hospital in Lahore on Wednesday and is being treated by specialists, the Pakistan Cricket Board (PCB) has confirmed.

Fakhar Zaman has made his debut for Glamorgan country on 25 July. The left-hander, 29, has played six matches for the Glamorgan.

Sri Lanka will tour Pakistan for three ODIs and as many T20s in September-October 2019, while World Test Championship matches have been moved to December. Karachi’s National Stadium will host the ODI series beginning 27 September, while the three T20Is will be played at Gaddafi Stadium, Lahore, the first of which will be played on 5 October.