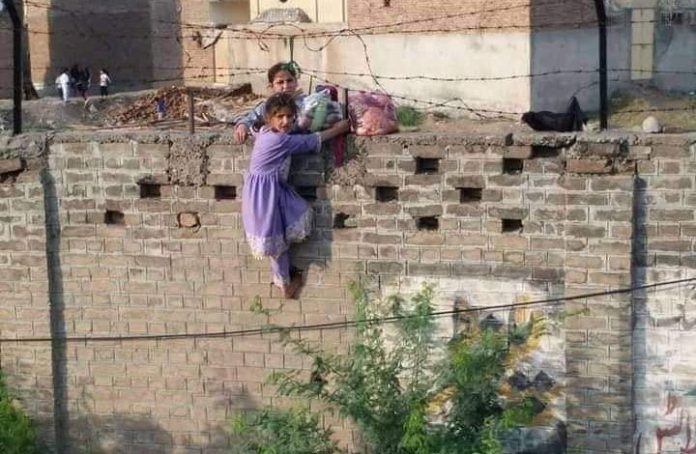 A large community from nearby Khyber district is residing in Hayatabad area of Peshawar and that is why Hayatabad Medical Complex (HMC), Kidney Hospital, NAB office, courts of Khyber district, Public Health Engineering office, Nadra, Wapda, Textbook Board offices, schools, colleges, universities, factories and dozens of other facilities are established in this posh area. The people of Shahkas had to cover a long distance to reach these facilities in Hayatabad and they are demanding a gate in the Hayatabad wall for easy access to these facilities.

The provincial government is continuously increasing facilities for residents of Hayatabad, located on border of Khyber district, but not willing to provide a small facility of a gate in the Hayatabad wall for the people of Khyber who have offered countless sacrifices in the war against terrorism and extremism. If there is an issue of security, then strict security measures must be taken on the gate with strict checking.

The local people said in case of availability of a gate in Hayatabad wall, they will get easy access to hospitals and precious lives would be saved with timely treatment. They said access to other facilities like education and government offices would also become easy with this practice.

Qambar Council Chairman Saadullah has formally initiated a campaign against this wall in which he has held meetings with former deputy commissioner Mehmood Aslam and other officials. He says he will continue his struggle till the demand of local people about provision of a gate in the wall is accepted. Local leaders of different political parties and tribal elders are also raising their voice in this regard in their own way. They have appealed to Prime Minister Imran Khan and Khyber Pakhtunkhwa Chief Minister Mahmood Khan to take notice of difficulties of people and order provision of gate facility for them.