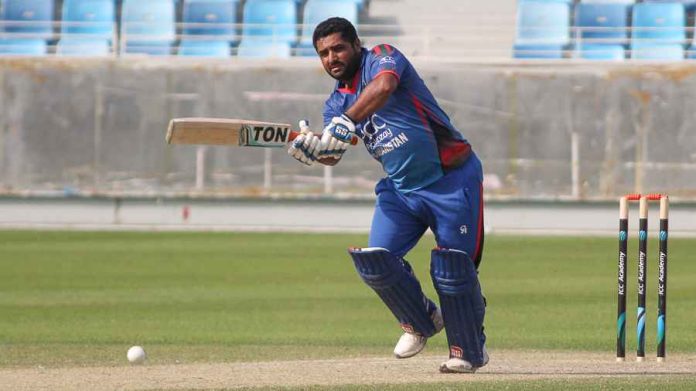 PESHAWAR: Mohammad Shahzad, Afghanistan wicketkeeper-batsman has been banned for one year by the International Cricket Council (ICC) after pleading guilty to breaching the ICC Anti-Doping Code, said a statement issued on Monday.

In its statement, the global cricket governing body said Shahzad had “inadvertently ingested the prohibited substance, as a contaminant of a weight-loss product he was taking, Hydroxycut.” The ICC added that Shahzad pleaded guilty to breaching Article 2.1 of the ICC Anti-Doping Code, thus he was suspended from all cricket-related activities for 12 months.

A World-Anti Doping Association (WADA) certified laboratory in Utah (USA) confirmed the presence of Clenbuterol, which is on the 2017 list of banned substances. The anti-doping violation for which Shahzad was found guilty carried a punishment of four years.

In his defence, Shahzad said the Afghanistan team management had asked him to shed 8 kgs of his weight in October 2016. He said he had received advice from the owner of a gymnasium in Jalalabad to take Hydroxycut to lose weight. The Afghan cricketer accepted that he took one capsule of Hydroxycut from mid-October to early December 2016 and thus he managed to lose the 8kg of weight in that period.

But the ICC expressed satisfaction with his explanation, halved that to two years. Subsequently, it considered factors like he is not fluent in English and his limitations in searching for information on the internet and ruled that “the ICC accepts Mr Shahzad has established No Significant Fault or Negligence pursuant to Article 10.5.2 of the Code thus enabling the two year period of ineligibility to be reduced by up to 50%”.

The ICC charged Shahzad on April 13 and On April 26, he was provisionally suspended. And on June 28, he admitted to his offence.

Shahzad has played 10 One day Internationals, seven T20Is and one four-day Intercontinental Cup match between January and March this year. During the ICC world cup, he was removed from the team after being declared unfit.  He has threatened that he will quit cricket.